The Great Table Mountain Fire of 2015

There was a fascinating beauty in the bright red sky that night. However, the destructive power of nature became apparent the next day when the red had become a bleak grey and black. A few days later, as most access to the trails such as Tokai and Silvermine were closed and guarded, I got to the back of Vlakkenberg via the steep climb from Constanta Neck on the Silvermist Trail.

The first part of the trail was unburnt and this lifted my spirits but not for long. As I passed over the top ridge, I surveyed what the fire had done. As far as the eye could see, just ash and exposed soil interspersed with some charcoaled protea bushes, still bravely standing but mummified form the intense heat, with no hope of survival. Maddy ran around in the dust, confused but excited by this new sensation, probably not realising that this was Vlakkenberg, the magical place where we had spent many special times together, surrounded by the biodiversity of our proudly unique Cape Floral Kingdom. Gone was the pristine fynbos. Gone for Maddy were the explosive senses of colour, shape, smell and sound. Just a black and grey landscape, the monotony broken only by some sandstone koppies.

Not a bird, flower, insect, snake or human in sight. The wind gusted, causing clouds of ash to blow into my eyes. Poor Maddy’s eyes, being closer to the ground, probably suffered more. This reminded me of “The Desolation of Smaug”, Tolkien’s imaginary place of devastation this time caused, not by an angry dragon from the Lonely Mountain, but by human stupidity. Yes, I blame humans. Nobody in control of their senses can believe that pieces of broken glass acting as a magnifying glass, lightning or perhaps the return of the biblically inspired “Burning Bush” could be held responsible for starting these fires.

My heart went out to the animals that could not escape this fast moving inferno and to the troops of baboons that I had spent special time with, sans Maddy, but with my camera. They may have escaped the fire but, with their habitat destroyed, increased interaction with humans can be equally devastating for them.

Fynbos needs fires every so often but not to this magnitude. Some of the small pockets of indigenous forest are 100’s or years old. Hopefully they will regrow, but not in my lifetime. I think of Grootbos above Price Drive (by some miracle, partially unburned in its lower reaches), the Silvertree Forest and the Tokai Plantation and Arboretum. I wonder if the Spes Bona Afro-montane forest containing several endangered endemic species above Boyes Drive, Nellies Pools, and other treasures of the Muizenberg Mountains have survived. I doubt it but I must still check. These trees, unlike proteas, are very slow growing. The Silvermine River Trail and those spectacularly scenic walks above Chapman’s Peak, Blackburn Kloof, Chapman’s Escape and many others meticulously plotted on my GPS, all rendered to ashes.

I write this while listening to the beautifully mesmerising “Marooned” by Pink Floyd paired to a glass of Constantia Glen no. 3, a robust red fit for this occasion. So all is not lost. The Constantia Glen vines remain unharmed and the fynbos will eventually recover but, to get it back to how it was before the fire, will take many years. Also the Parks Board must ensure that alien vegetation does not move into the void and inhibit the growth of our natural vegetation. Knowing their recent track record, I am not overly optimistic about this.

Amazingly, on Vlakkenberg that appeared devoid of all life, other than a solitary Beagle, I found a spider busy spinning its new web between two charcoaled protea bushes. How did it survive to weave its web so fast? I hope it finds an insect to entrap in this barren wilderness.

The next day I had a look at Trappies, a walk above Boyes Drive. As with all the other trails, this one has been closed to the public. Sadly I never did this route before the fire but at least the first 600 metres was unburnt. Once in the burnt area, I spotted a few lizards that, much as the Vlakkenberg spider, had amazingly survived the fire. Even in the midst of the burnt area, there were small pockets of unburnt fynbos that the fire had spared. This must have been a great walk pre-fire and will give me access to the Spes Bona forest so that I can see if any of that has survived.

At least those familiar with the legendary wines of the Constantia Valley can rejoice that the vineyards were spared. Having irrigation systems and teams of farm workers saved these precious vines.

It was a miracle that the fire did not spread to the main part of Table Mountain. This was largely due to the dedication of the fire fighters and helicopter pilots, one of whom tragically lost his life. The fire break, created by Rhodes Drive and Hout Bay Road (M63), is also vital in containing these run away fires in the future. For this reason the tall and dense bluegum tree plantation at the top of Constantia Neck is of great concern to me. Known to contain highly volatile oils when burning, bluegums are capable of spreading fire over large areas, easily allowing a fire to jump the M63 and move into the highly protected Orange Kloof indigenous forest and onto the rest of Table Mountain. Moreover, bluegums (eucalypts) regenerate from seed after fire. Many eucalypts have woody capsules that protect the seeds during fire, but which open after fire, releasing their seeds. Bluegums are aliens and should be removed.

The first good rains normally start in April and this should trigger new fynbos growth, but there is a long way to go and alien vegetation must be strictly controlled from the start. 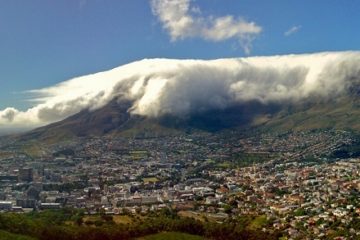 Table Mountain is the iconic landmark of Cape Town, South Africa. During the summer months, from October to March, a South Easterly wind blows, often very hard. This wind is also known as the Cape Read more… 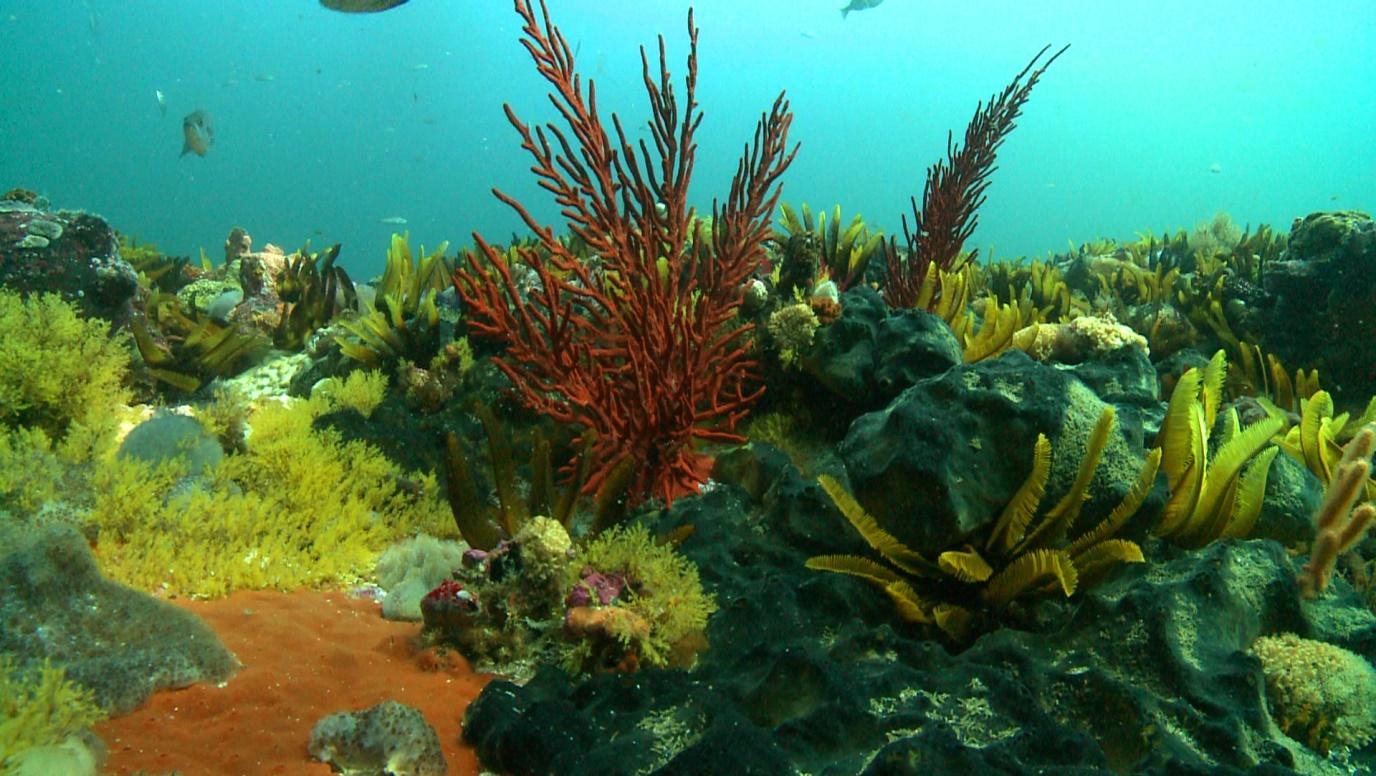 “When a man is tired of False Bay, he is tired of life; for there is in False Bay all that life can afford”: Adapted from Samuel Johnson’s description of London in 1777. Why, however Read more…

Filming off the Cape of Good Hope

Cape Point is situated at the southernmost point of the Table Mountain National Park. This impressive sandstone headland, sculptured by the sea over millions of years, represents the theoretical boundary between the cold Atlantic and Read more…

Do you require Underwater Stock Footage?
Charles Maxwell has high quality film clips for sale. Please contact us for any stock video requests.

Cango Caves: The Discovery of a New Section